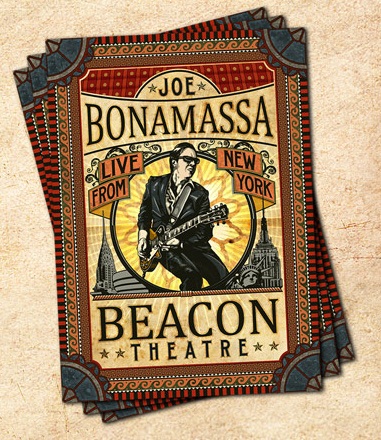 Joe Bonamassa’s Beacon Theatre show was on released earlier this year on DVD. The CD was not released at that time, following other DVD’s from Joe, like the Royal Albert Hall, the CD normally comes out the following year. According to allmusic.com, they list Beacon Theatre: Live From New York, in Joe’s discography with a 2012 date. Not only do they list the CD, but they also list the LP. The exact date is not shown, but his European record label, Provogue is.

When the release date is announced we will let you know and stay tuned for the official preorder details and packages!