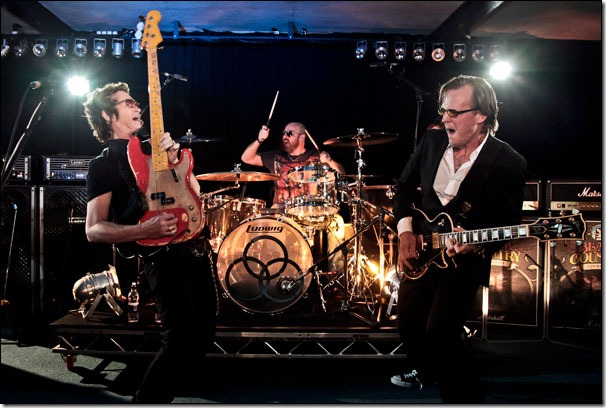 Black Country Communion was recently featured on Billboard.com and everyone in the band agrees that this has turned from a side project into a full blown band.

It’s almost unheard of for any band these days to release two albums just nine months apart, but Glenn Hughes says that’s one of the things that makes Black Country Communion “a freak of nature.”

“I’ve never been in a situation in a band before that’s like this,” Hughes tells Billboard.com of Black Country Communion, the all-star group that also includes guitarist Joe Bonamassa, former Dream Theater keyboardist Derek Sherinian and Led Zeppelin drummer John Bonham’s son Jason, who’s played with both Zep and Foreigner. Its sophomore album, simply titled “2,” is due out June 14, with tour dates starting today (June 9).

Read the rest of the article, which has a lot of interesting information, on Billboard.com.