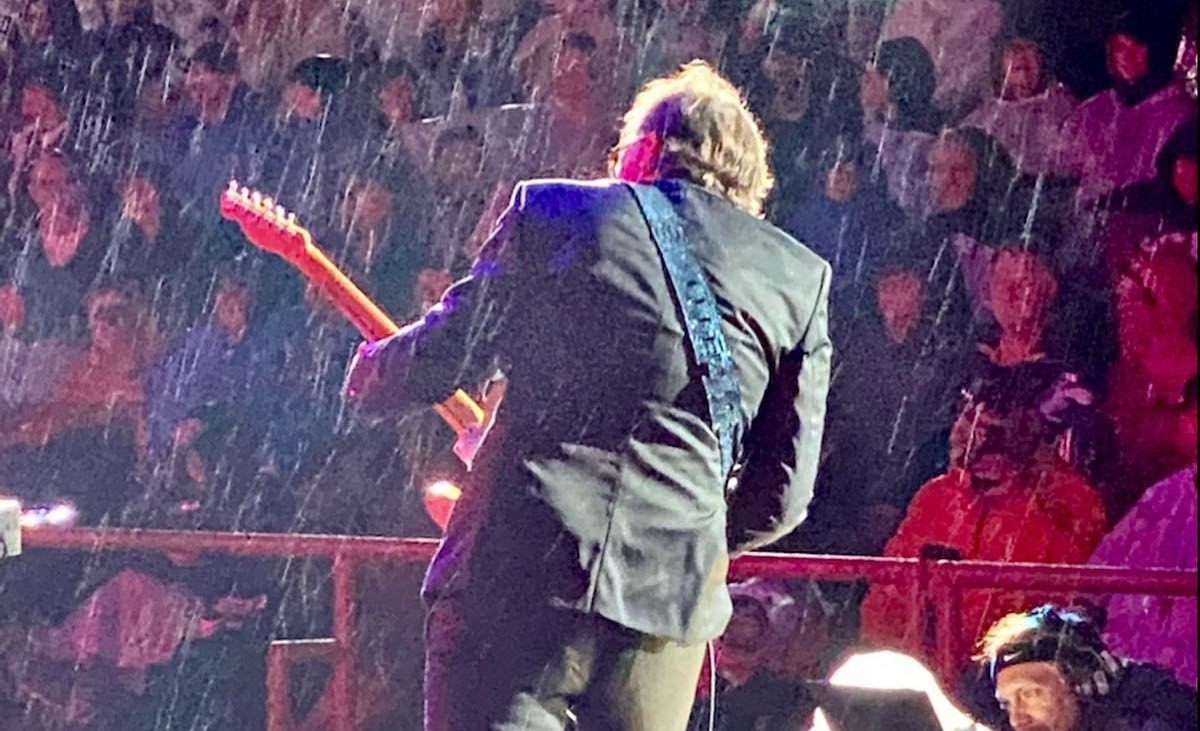 Joe and his band battled out a monsoon of a storm last night at Red Rocks Amphitheater in Colorado. The storm started up around 7:30pm local time, right before Joe was slated to take the stage. Bonamassa takes the stage promptly at 8:00pm local time every night – never a second late. That changed last night, when the storm rolled in brining in downpours and lightning. The show was delayed until 10:15p and the band played right up to curfew. Although the set was cut short, Bonamassa was able to play the Time Clocks album in it’s entirety. We’ve also learned this show was recorded for a DVD. More details on that later!

Video of Joe thanking the crowd, thanks to our friend Linda Moke:

Joe headlines Red Rocks tonight for his second night in a row. The weather looks a lot better than last night!