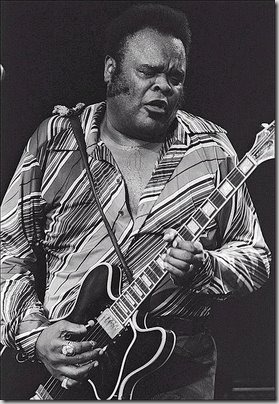 This Saturday, April 14 marks the ceremony for the Rock and Roll Hall of Fame’s annual induction ceremony. Joe Bonamassa will be one of the special guests inducting blues legend, Freddy King. NPR interviewed Joe about inducting Freddy King.

“We owe a debt of gratitude to Freddie and other original bluesmen for, basically, the songbook they gave us,” blues-rock guitarist Joe Bonamassa says. “Freddie was more of a rock guitar player. Freddie always had a dry, immediate sound.”

While B.B. and Albert King are known for their exquisite, minimalist solos with sinewy bends and telltale vibrato, Freddie King was a little more rock ‘n’ roll.

“I can easily identify his sound and his style,” Bonamassa says. “The attack and the intensity — you can tell who he is in three notes, you know?”

Joe will also be joined on stage by Dusty Hill and Billy Gibbons of ZZ Top to play tribute to Freddy King. Read the rest of NPR’s news story here.