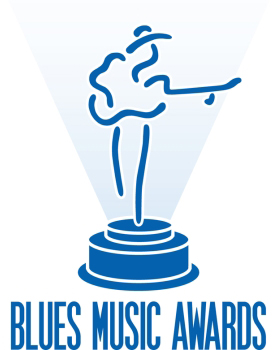 The Blues Foundation held the annual 33rd Blues Music Awards on Thursday, May 10th, 2012 in Memphis. Normally the event runs for hours at a time, hosting performances by dozens of musicians. The awards ceremony was broadcasted on Sirius XM satellite radio and will soon be aired nationally on PBS channels. Airing details yet to be announced.

Joe was nominated for the Rock Blues Album Award. Also nominated for the same award was George Thorogood, Mike Zito, Too Slim and the Taildraggers, and Warren Haynes. Joe took home the award for his 2011 album, Dust Bowl. Congratulations to Joe, Rick, Carmine, and Tal. A very well deserved award for such a great album.