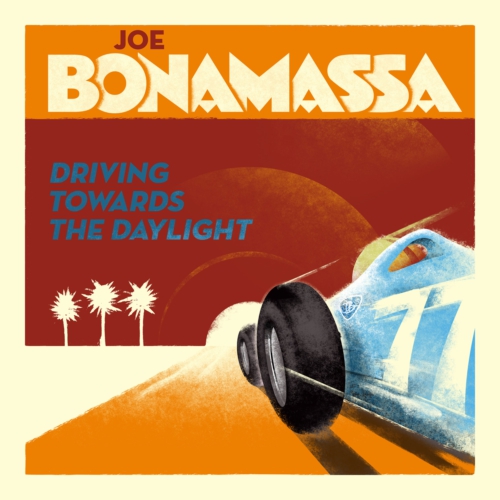 Driving Towards The Daylight opens with “Dislocated Boy “. This track brings in the feeling of a heavier blues rock and is a Bonamassa original. Joe rips right into 1930’s blues. Right off the bat, you can tell how much Joe’s voice has improved. Up next Joe plays tribute to one of the original bluesman, Robert Johnson. Joe does a spectacular job covering “Stones In My Passway“. Original song was done in the 1930’s, but you can’t tell by listening with Joe putting his own blues rock spin to it. Great song and also a great way to pay tribute to someone who shares the same birthday as Joe (May 8th).

One of the best tracks on the album, in my opinion.. “Driving Towards The Daylight“. This one of Joe’s strongest songs to date and is a pure Bonamassa original. This song can best be described as a blues rock ballad, that hits home. The lyrics in this song are so powerful and make so much sense. Killer, jaw dropping guitar riffs. Not a song to be missed. We then hear another great cover “Who’s Been Talkin” by Howlin Wolf’. This song has a unique intro, you can hear Howlin Wolf’ talking about music. Joe did a fabulous job with this track. The original version of this song had a lot of harmonica playing. With Joe covering this song, you’ll hear a lot of guitar. No complaints! How about another awesome song? Willie Dixon’s “I Got All You Need“. Another one of my favorite songs of the album, this song is more of a fast paced blues tune. One thing that I noticed, which primarily stands out on this track is the terrific keyboard playing by Arlan Schierbaum. Overall a great song, which leads you to notice listening to this album it gets better and better.

Drum roll! Up next “A Place In My Heart” by Bernie Marsden. For those of you who do not know who Bernie is, he well known for his work with Whitesnake. This might be one of the only, if not the only, song Joe plays where a drum roll opens the song. Not to be mistaken, right after the drums, Joe goes directly into one of the most jaw dropping solos that I’ve ever heard him play. And that guitar playing does not let up, it continues throughout the whole song. Time to pick up my jaw and move on to the next song, which is “Lonely Town Lonely Street“. Bill Withers originally wrote this song. Although I have not heard of this song before, I have heard of other Bill Withers songs, such as “Lean on Me” & “Ain’t No Sunshine”. I had to check out the original, which I did find on YouTube. Joe’s version vs. the original, is quite different. While the beat is the same, the music itself is not. Fantastic electric guitar playing by Joe is just brilliant, which separates it from the original’s tone. 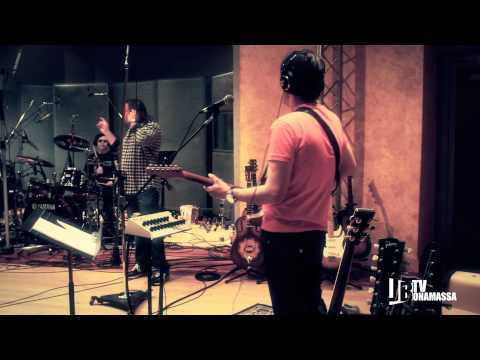 “Heavenly Soul” follows and is another original Bonamassa tune. Great song it is, I love the new twist that Joe is taking on his songwriting. It is not really possible classify this song as a blues tune nor a rock tune. This song is in it’s own genre, with some amazing vocals. If this track is not a clear indication of how much Joe’s vocals have improved, I don’t know what is. You might recall that on one of Joe’s previous studio recordings, “The Ballad of John Henry”, Joe covered a Tom Waits’ tune. On this album, Joe has covered another Tom Wait’s tune, “New Coat of Paint“. This song has a blues rock vibe to it, not only because it is Tom Wait’s tune, but because of the way Joe has revamped the song itself. The way Joe has redone this song makes it one of my favorite covers on the album. The original version by Tom Waits’ was mostly piano driven, as the prominent instrument.

My second favorite song on the album has to be “Somewhere Trouble Don’t Go“. You ask why? Let me tell you! It’s another fine, I mean fine, Bonamassa original. This song in particular is pure rock. I love it, the vocals, the guitar playing, everything about it. This song definitely has potential to be on a Black Country Communion album. Joe’s singing on this number is just stellar and I’m a fan on that slide guitar work. The last song on Joe’s “Driving Towards The Daylight” is “Too Much Ain’t Enough Love” by Jimmy Barnes. Jimmy sings the vocals on it too. His voice is par-none, I never heard of Jimmy before this record. After hearing his voice on this track, I don’t’ know how. It’s can best be described as a raspy voice, one of the best I’ve ever heard.

“Driving Towards The Daylight” is eleven tracks of pure epicness. It’s due out for release on May 22nd. I recommend that you pick up a copy. The album is available for preorder here. The band playing on the record consists of Aerosmith guitarist Brad Whitford (guitar), Blondie Chaplin (guitar), Anton Fig (drums and percussion), Arlan Schierbaum (keyboard), Michael Rhodes (bass), Carmine Rojas (bass), Jeff Bova and The Bovaland Brass, Pat Thrall (guitar), and Brad’s son Harrison Whitford (guitar). This record can be considered Joe’s best yet. A must have! Make sure to order yours today.

2 thoughts on “Driving Towards The Daylight Review”