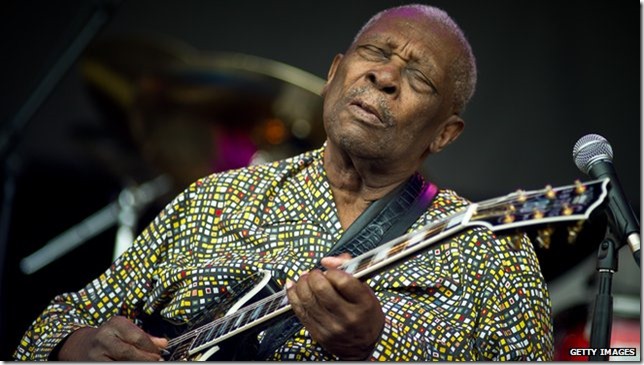 The King of The Blues, B.B. King has died in Las Vegas at age 89, his lawyer Brent Bryson has confirmed. Bryson tells the Associated Press that King died peacefully in his sleep at 9:40PM PST Thursday evening at his home in Las Vegas.

B.B. sold millions of records world wide throughout his lifetime. He was also recently inducted into the Blues Foundation Hall of Fame and the Rock and Roll Hall of Fame. King was most notably known for playing his black Gibson guitar named Lucille.

He is also responsible for discovering Joe Bonamassa at a very young age and has been one of his mentors ever since. Joe Bonamassa was opening for B.B. King when he was just 11 years old. Rest in peace B.B., you’ll surely be missed.