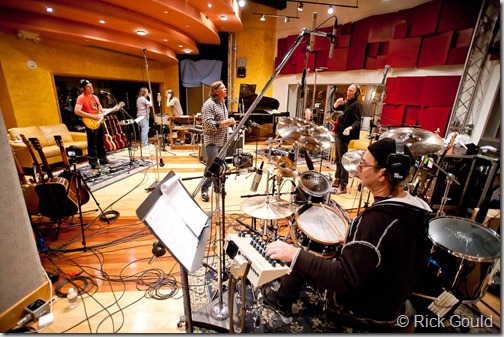 (Picture of Joe recording at the Palms Studios in Las Vegas)

Joe’s next studio album is done recording. The name has been chosen, but the name has not been made public yet. A recent Facebook update from Joe gives us a little insight on what the name of the album will be.

Barcelona Spain: Day off. Awesome crowd last in Murcia, thank you for such a warm welcome. It will not be 23 years before we return. Listening to killer mixes of songs for the new album.. We have a title and all… Bet you would like know…. Its called…..” dr…… ……… …… ………..” sorry the phone just rang… I catch ya later.

I’ve been trying to guess at the name of the album, but have no clue. What do you think it will be called? It’s due out in three months!