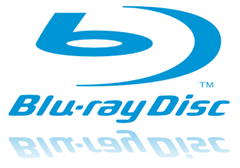 The Royal Albert Hall show was originally released on just DVD format. Coming to stores on October 19th will be the release of Live from Royal Albert Hall in Blu-Ray. By releasing the show in Blu-Ray, those who have 720p or 1080p TV’s with Blu-Ray players will be able to experience the concert in high definition.

This was speculated to happen after the concert was broadcasted on Palladia in HD. That proved to all of us that HD footage was out there, just not available to the general public as of yet. Within the next two weeks, advertising will kick off promoting the new release. Stay tuned!