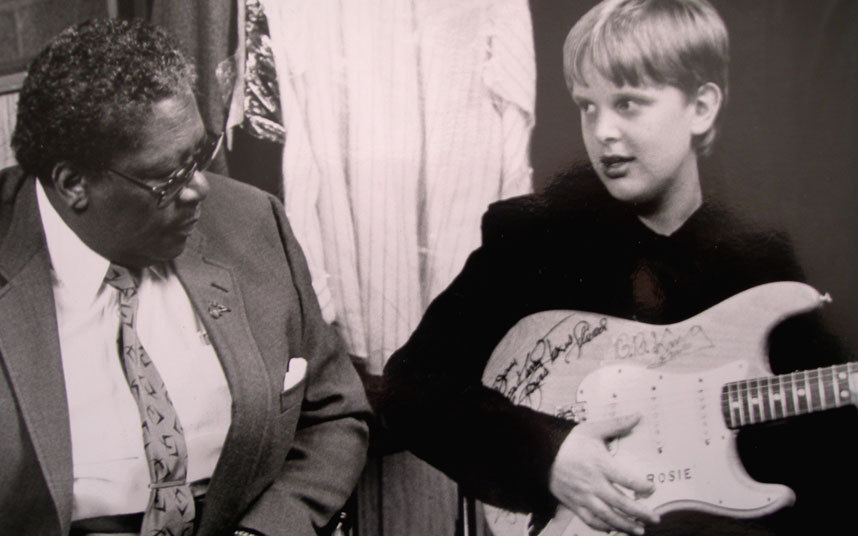 Flash back to 1991, 13 year old Joe Bonamassa appears on the Real Life with Jane Pauley TV show.  The television program aired in the United States from 1990 to 1991 on NBC. During the Meet the Parents session on Joe’s most recent Keeping the Blues Alive at Sea cruise, Joe’s manager Roy Weisman said that he had discovered Joe through the TV show. Take a stroll down memory lane and check out the clip from the TV show below.

Roy’s father Eliot Weisman, who managed Frank Sinatra, recalls the story of how his son Roy called him when he first discovered Joe Bonamassa in his book “The Way It Was: My Life with Frank Sinatra”. It’s been history ever since.