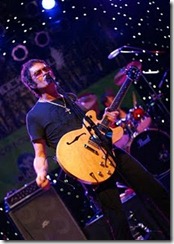 According to a recent interview with Glenn Hughes, he talked about Black Country touring as a band.

"There will be proper touring, not just going out for a few shows here and there. My voice gets stronger as I work, and this will be a touring band. We’ve got all the songs written, titles are in place, and Joe has clearly told me, ‘I want to be in a rock band,’ so he’s got some Zeppelin in him, and some times he’s as bluesy as Kossoff (Paul Kossoff, legendary guitarist for Paul Rodgers’ Free). He’s singing and writing great stuff as well."

Look for the debut album to come out around September. You can read more of the interview with Glenn Hughes here.