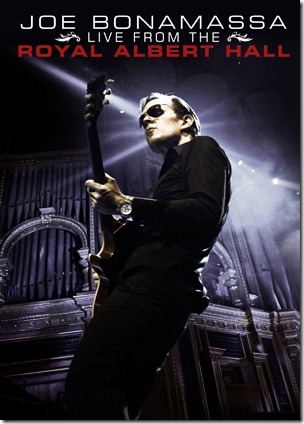 Wow! Two years have passed since the show at the Albert Hall. It is hard to believe how much my life has changed since then. Thank you for making that show that was obviously so special to me to be welcomed into you homes, hearts and blu ray DVD players.  To say that night had everything on the line is a understatement.  It was my big moment.. It was first day of the rest of my career so to speak..  I look back on it with pride and always saying it could of been better.  I think my favorite part of the film is the sheer fear and honesty you can see on my face during the interviews.  I mean.. At that point I had played my fair share of gigs but nothing like this and I knew it was my big opportunity 20 years after it all started.  Kevin did a masterful job putting together both the audio, video and most of the program itself.. Roy my manager made put our whole company on save every penny mode because our little two hour show was costing around $3,000 a minute. He made sure we had the support we needed to give it a go.  It was certainly stressful but rewarding as you can see.   A day that I will never forget almost better than my Birthday..  Oh god thats in 4 days!!  34 this year!!  I cant believe it..

One thought on “Two Years Since Royal Albert Hall”