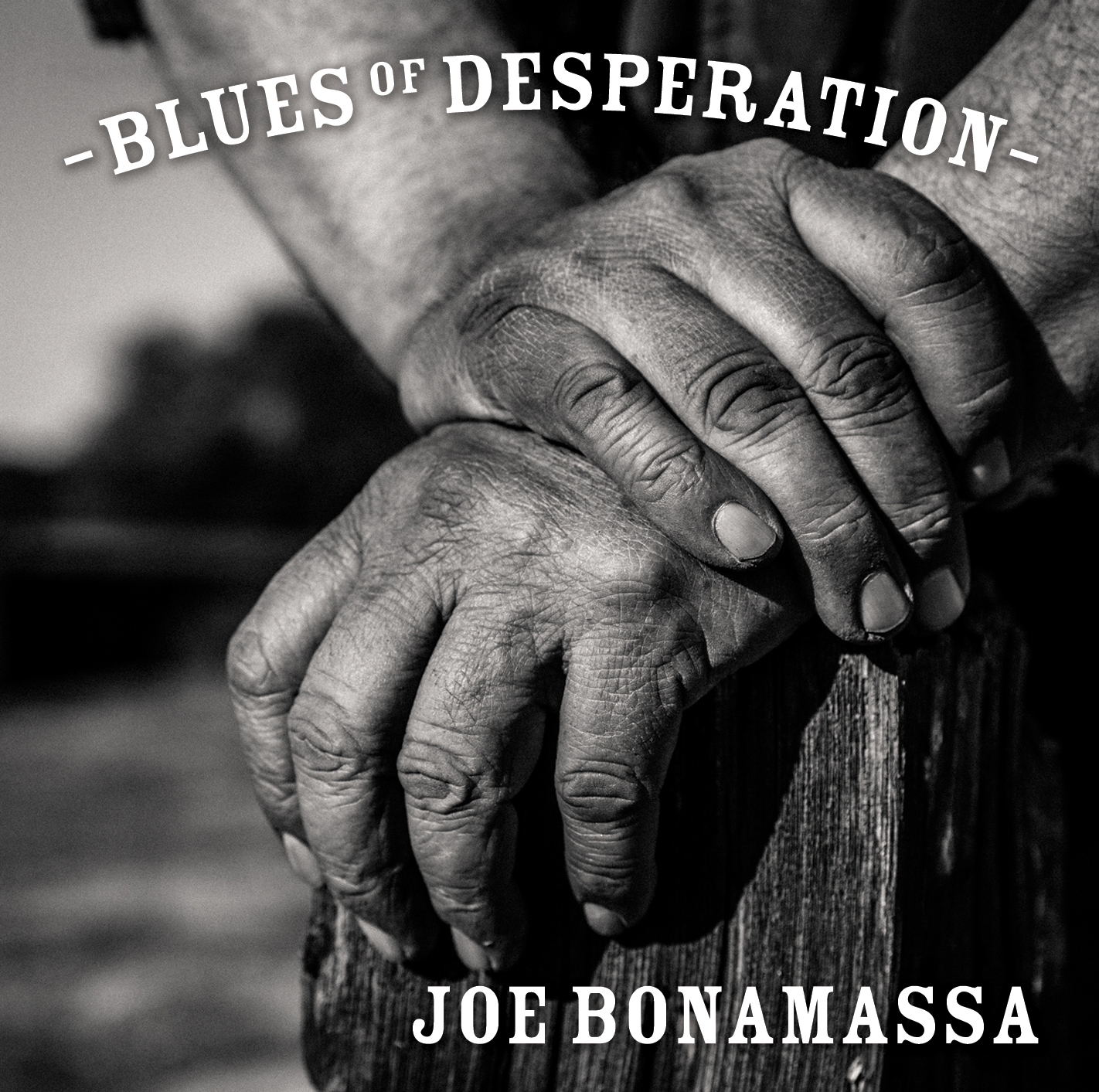 It’s pretty crazy to sit here and think that I am writing a review for Joe Bonamassa’s 17th studio album. Personally, I’ve been listening to Joe Bonamassa since 2002. I discovered Joe when I went to see B.B. King’s Blues Fest. Joe had played on the west coast leg of the tour and even though he wasn’t playing at the show I was at, they played So It’s Like That in its entirety during intermission. Being 14, my parents bought me a concert tour t-shirt and his name was on it. That’s what started it all and I was instantly hooked to Bonamassa’s music. Blues of Desperation brings us a different side of Joe. As Joe says in his liner notes “My mandate for the album was… write songs you believe in and hope for the best”. Needless to say, this is Joe’s best to date… Let’s get started with this album review! 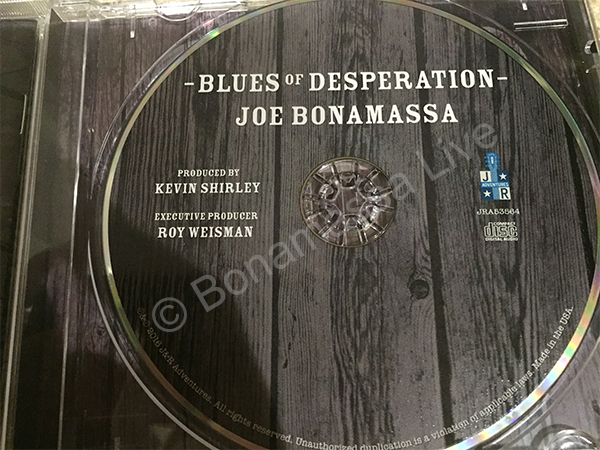 Blues of Desperation kicks off with This Train, which is a current aged blues song with a rock n’ roll twist. Bonamassa performed this song on his 2016 winter acoustic tour, which hit many great cities among the east cost of the United States and ended at New York City’s prestigious Carnegie Hall. This Train is a song that will make you want to get up, jump and shake it all out. It’s also a nice addition to hear background singers on this song.

Mountain Climbing is the second song off of Bonamassa’s Blues of Desperation. This song is kicked off with nothing but Joe’s beautifully, yet skilled guitar playing. As he is picking note by note, the song leads right into a rock song. For those of you that are familiar with Bonamassa’s previous work, you’ll notice this song has small hints and flavors of Blue and Evil off his Black Rock album.

No Good Place For The Lonely is a deep, dark blues song. Yes, that pretty much nails it on the head. This is so far is my favorite track off the album. We get to hear some raw Joe on this track. He unleashes his guitar playing like never before. I always think that Joe can never top himself musically and he always does. The guitar solo in this song cannot be described with words. My jaw will be on the floor for a long time with this one and let’s hope he adds it to the set list.

Blues of Desperation is up next and is the title track. What makes this song unique is the amplified talkbox opening. It gives the song a bit of a Peter Gabriel feel. This is not something Bonamassa has done before – he also brings back the long last Theremin that we all loved so much from his live performance of The Ballad of John Henry. This song is a slide guitar masterpiece, which is guaranteed to make any guitarist drool.

Distant Lonesome Train is up next on this beautiful adventure. This song is powered by drums. By saying that, I mean lots of drums. Powerful ones. Powerful kick drums that hit you right in the chest. This song might be the song on the album that best fits the rock genre. It’s a perfect fit, as we hit mid song and Joe is in a one on one battle going on and off, chop after chop. Literally a masterpiece, which leaves you wondering what else this man is capable of. I can’t imagine how Joe played guitar on this song. Joe takes over center stage shortly thereafter, making his guitar roar and howl like I haven’t heard before.

Blues of Desperation is brilliant from start to end. I’m excited to see what else Joe has in store for us in the future. Joe Bonamassa’s spring tours kicks off on April 23rd in Long Beach, CA. This tour will take Joe into his British Blues Explosion tour, honoring Beck, Page and Clapton. Catch Joe on the road and be sure to grab a copy of Blues of Desperation – you won’t be disappointed.